You are here: Home / Leadership / The Power of Partnerships

I was recently given a powerful new book to read. I love books, as many of you know. This blog is about writing, about books, about women in business and leadership, and we are intent at The Lipsticking Society on helping phenomenal women write their story. So, books play a large part in my life.

Betsy Polk and Maggie Ellis Chotas are lifelong friends with a connection all the way back to high school. How many of us can say that? I still see my friends from high school, occasionally (at reunion events, mostly) but I am not connected to any of them, in any real sense.

I was drawn to the book these two talented women wrote, Power through Partnership – How Women Lead Better Together, not only by the title, but by the way the authors have taken their own advice! The invite to receive the book gave me an overview that I couldn’t resist. And, that’s a tribute to their PR firm, as I receive many invites to read books and most of them get deleted.

Let’s delve into the power of partnerships, and how women, especially, can take that power to another level, if they want to.

So say the authors, on page 7. I have it highlighted. I admit I was drawn deeper into the purpose of the book after reading that one sentence.

That, perhaps, is what helped drive me to become an entrepreneur. And, to know that I was one voice, in what seemed a void sometimes; so how powerful and awesome would it be if my one voice joined with other voices, to build intensity and share purpose.

I quickly found out that was not as easy as it sounded. As Polk and Chotas point out in their book, professional options for women are few and far between, in comparison to those for men.

Oh how we women were and are “plagued by doubt and insecurity”, wondering where to take our ideas, how to make them real, and who to talk to.

If you read this book for no other reason, make it your decision to break out of the ‘wonder where’ bubble and learn how creating a partnership might just be the answer.

Partnerships Allow Us To Be…Us

Yes, being with another woman, in a partnership, allows them both to be exactly who they are. Women, in general, are flexible (we learn that at a young age, do we not?), supportive, emotional (which can be both good and bad in various ways, but being emotional is not bad overall, as some would have you believe), and persistent. That’s being shown now, with so many women stepping up to the plate politically (and well said in a blog post at The Mulberry Partners, Polk’s and Chotas’s blog).

In a phone discussion I was fortunate to have with the authors, we talked about the power of partnerships and how women are not tuned in to this idea, because women are not taught to depend on other women. We’re taught to depend on men. No, the authors didn’t say that, I’m saying it. Polk and Chotas were adamant that the “gender inequity” so prevalent in today’s business world, isn’t new, isn’t going away soon, and depends on women learning to partner in business.

When I asked them the “Tom” question – Tom is my husband and he has sometimes asked, always with a smile, “Why are women allowed to have these ‘women only’ networking groups? If we men tried to form ‘men only’ groups, we’d get slammed with negativity.”

Polk and Chotas replied, “Well, the inequity exists because men are still the privileged class, aren’t they? They still have the greater access to power and money, don’t they? Women need these women only places to be who they are and to build their businesses with the skills and tools available – sans the competition men would bring.” That is a paraphrase. My note taking isn’t what it used to be.

The message here is that men do still hold the power. Just look around you. I could write tomes about how men are funded faster and easier than women; how men build partnerships to achieve greater success,whether they like each other as people, or not (women, I submit that we do need to like each other); how men dominate not only business but politics.

Starting a Sistership of Your Own

The substance of the book and the work Polk and Chotas do is to give women the tools they need to build stronger relationships and more successful businesses. Women value relationships more than men. Not all women. And not all men. But, the vast majority of women I’ve met over my 18 years of being an entrepreneur seek out relationships they hope will last. And when they find them, they hold tightly.

I am especially in love with the conclusion of the book. The concept of “Sistership”. The authors note,

“Men have bromance – defined as a close, nonromantic relationship between two or more men – and women need a word of their own for these relationships that are complex, dynamic, and powerful. We suggest sistership, and without further ado, we encourage you to get out there, start a sistership of your own, and spread the word about its powerful benefits.”

If nothing else, women need to do what they do best, what they have been doing ‘best’ for hundreds, if not thousands, of years – gather together and support each other. In those long ago days of history, women weren’t partnering to build businesses, as much as they partnered to raise families and take care of the homestead. Honorable tasks, no doubt.

And some of those women did partner. They partnered with one or two or even more like-minded females, bursting the chains that society wanted them to wear, and they moved forward together. They brought the support, and the intelligence, and the tools they learned to use and they held each other accountable and they opened the way for others, like us, to stand up and be counted.

The authors invite you to visit their website, read their blog, and share your sistership stories. I invite you, encourage you, to buy their book and read it, and mark it up, as I have done. Power Through Partnership is among the top 10 books you need to read, this year. 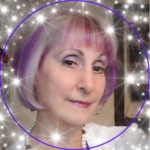